McNeilus, a market leader and manufacturer of purpose-built commercial vehicles and equipment, is finalizing provisions to occupy a new facility in Murfreesboro, which will bring 230 new jobs to the area over the next five years. Oshkosh Corporation is a global industrial technology company that employs roughly 15,000 people worldwide.

Two Companies Announce Expansions in Rutherford County
Amazon announced a new sort center is now on track to open for business in November when the company will welcome 1,100 new associates into the 256,000 square-foot building.
Also, Vi-Jon, the personal care products manufacturer known for its flagship brand Germ-X hand sanitizer, said it will add 400 new jobs and invest $70 million to expand capacity at its Smyrna, Tennessee, and St. Louis facilities.​ Read more.

Rutherford County Tourism Reports $385 Million in 2019 Travel Spending
Rutherford County, TN – Tourism in Rutherford County, Tennessee hit an all-time high in 2019 with $385 million in travel expenditures, according to recently released numbers from the U.S. Travel Association. While the pandemic is threatening the travel industry, this report reinforces the importance of tourism to the local economy. ​Read more.

Amazon Logistics Announce Expansion in Rutherford County
Rutherford County, TN – ​Amazon Logistics has signed a lease in an effort to open a new delivery station near Nashville in 2020. The new delivery station will be located in La Vergne and will power Amazon’s last-mile delivery capabilities to speed up deliveries for customers in Rutherford County. The station will create hundreds of full-time and part-time jobs, paying a minimum of $15 per hour and offering a variety of benefits packages from day one. Read more.

Governor Lee, Commissioner Rolfe Announce Mahle To Expand in Murfreesboro
Rutherford County, TN – Tennessee Gov. Bill Lee and Department of Economic and Community Development Commissioner Bob Rolfe announced today that MAHLE will expand its operations in Murfreesboro by adding approximately 300 jobs. The majority of the new business for Murfreesboro will be reallocated from other MAHLE locations. Read more.

STEVENS AEROSPACE ANNOUNCES RELOCATION TO FACILITY IN SMYRNA
Stevens Aerospace and Defense Systems, one of America’s most accomplished companies engaged in maintenance, repair and overhaul of private and government aircraft, is relocating its operation to Smyrna Airport. Moving from Nashville International Airport, Stevens will become a part of the Hollingshead Aviation FBO campus with a 30,000 sq. ft hangar and room to grow. Read more. 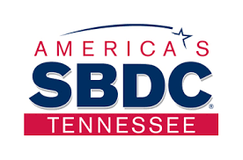 SMALL BUSINESS GUIDE TO COVID-19
It’s no secret that measures taken to slow the spread of the coronavirus (COVID-19) have negatively impacted our small businesses in Tennessee. A statewide stay-at-home order, bans on restaurant dining, bars, and vacation rentals; travel restrictions, and other precautions have crippled business revenues and small businesses ability to cover basic  business operating costs. Fortunately, there are a growing number of resources and programs available for small businesses, including the expansion of existing and the creation of new programs as part of the CARES Act. Click for guide.

ESSENTIAL VS. NONESSENTIAL GUIDANCE
Governor Bill Lee issued Executive Order 22 which mandates all nonessential businesses to be closed. The Order stipulates: "Businesses or organizations that do not perform Essential Services shall not be open for access or use by the public or its members."
So what is considered essential vs. nonessential? Click for guidance.

CORONAVIRUS AID, RELIEF AND ECONOMIC SECURITY GUIDE & CHECKLIST
The Coronavirus Aid, Relief and Economic Security (CARES) legislation is aimed at providing relief for individuals and businesses that have been negatively impacted by the coronavirus outbreak. In partnership with the US Chamber of Commerce, we are able to provide this inclusive guide and checklist to help answer some of the many questions we all have.

SALTWORKS SECURITY TO OPEN THIRD US OFFICE IN MURFREESBORO
Saltworks Security, an application security company based in the Atlanta area, has leased 5,464 square feet of office space at Fountains at Gateway, with plans to hire more than 25 software development and application security engineers. Read more.

INTERSTATE WAREHOUSING EXPANDING MURFREESBORO FACILITY
Interstate Warehousing, one of the largest public refrigerated warehouse
companies in the United States, is expanding the Murfreesboro, TN cold storage distribution
center once again. The latest expansion will add another 115,000 square feet and 16,000
pallet positions to the warehouse on Joe B. Jackson Parkway in Murfreesboro. Read more. 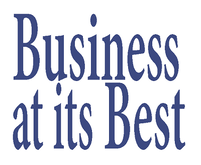 RUTHERFORD COUNTY CHAMBER ANNOUNCES AWARD RECIPIENTS
Honorees will be recognized at Business at its Best on Jan. 31
The Rutherford County Chamber of Commerce has named John Hood as recipient of the 2018 Doug Young Lifetime Achievement Award, Gordon Ferguson as 2018 Business Legend of the Year, John Harney as the 2018 Business Person of the Year, and Chief Kevin Arnold as recipient of the Leadership Rutherford 2018 Pinnacle Award. These four honorees will be recognized at the Chamber’s annual Business at its Best celebration on Thursday, Jan. 31, at the Embassy Suites Murfreesboro Hotel & Conference Center.  Read more.

i3 VERTICALS, LLC TO LOCATE NEW FACILITY IN MURFREESBORO
i3 Verticals, LLC announced that the integrated payment and software solutions company plans to expand its Middle Tennessee operations by establishing a new facility in Murfreesboro, investing approximately $500,000 and creating 42 new jobs in Rutherford County. Read more.

NFI TO ESTABLISH FACILITY IN SMYRNA
NFI officials announced that the company will invest approximately $7.2 million to establish a distribution facility in Smyrna. One of North America's largest logistics providers, NFI plans to create nearly 170 new jobs over the next five years. Read more.